For most people, unless they’re farmers, raising chickens is unlike any other animal keeping project they’ve ever undertaken, and the learning curve can be much steeper than anticipated. Luckily, those who have kept birds before, even parakeets, have a leg up over people whose entire definition of pets, before deciding to get chickens, stopped at cats and dogs and maybe hamsters on the outside. Even seasoned bird keepers, though, will have a few extra things to keep in mind when getting started on their first backyard chicken flock.

Although, in the common parlance, “chickens” just means…chickens, they actually come in hundreds of unique breeds, each with its own advantages, disadvantages, and personalities. Unlike other pets, choosing a chicken breed is about more than just personality and aesthetic – chicken keepers also have to decide between broilers (meat birds) and layers (egg birds), what kind of production capacity they want, what size eggs they’d prefer, etc. Lots of good beginner breeds are also excellent layers, like the leghorn, Plymouth Rock, and the famous Rhode Island Red. When chicken keepers refer to “good layers,” they usually mean birds that will consistently produce between 4-6 eggs a week. Of course, that may be too many eggs for some families, so egg laying capacity is far from the only consideration in choosing a chicken breed.

Chicken breeds also have distinctive personalities, or at least tend to specific personalities, though almost any bird raised from a chick or an egg will be friendly and docile with its owners. The Rhode Island Red is famous (or infamous) for bullying other hens in the yard, while the shy Dorking breed is much more likely to be the one being kicked around. Breeds like the cochin, which were bred to be ornamental birds or pets, rather than producers, tend to be especially friendly, if not cuddly, and can be an excellent choice for someone looking to introduce their children to chicken keeping.

Another key consideration when picking a chicken breed is climate and breed hardiness. Because cultures all around the world have been optimizing their own chicken breeds for their own purposes for hundreds of years, it’s no surprise that there are chicken breeds adapted to all sorts of climates. One of the big draws of New England birds like the Rhode Island Red and the Plymouth Rock is their hardiness, having been bred to withstand the variable temperate climate of the American Northeast. Some breeds, like the Russian Pavlovskaya, can suffer in warmer temperatures, while breeds from around the equator can be delicate hothouse flowers – which tropical bird keepers will certainly understand. For the most part, though, birds with a good coop can thrive wherever they’re raised, which raises the question – what does a good chicken coop look like?

A coop is, unsurprisingly, one of the essential elements of starting a chicken flock. Along with the coop, most chicken keepers elect to build a run as well, a protected outside area where the chickens can exercise and get fresh air – which is critical, as chickens tend to be highly susceptible to respiratory diseases. While chickens can do very well without a run, they will need a slightly bigger coop to compensate, so they still have enough room to exercise.

The key elements of any chicken set up are a feeder, waterer, nesting boxes, and perches. While there are different kinds of feeders and waterers, they’re fairly self-explanatory; the feeding habits of chickens aren’t much different from other kinds of birds, with one key exception – grit. While most pet birds being fed bird food have no need of either soluble or insoluble grit, chickens, unless they’re allowed to free range, actually need both. The most common form of soluble grit for chickens is oyster shells; they need the extra calcium in order to lay strong eggs. Insoluble grit can be purchased by the bag pretty much wherever chicken feed is sold.

Nesting boxes and perches are also a must-have for any chicken coop, in order to keep the chickens happy and healthy. The big benefit of nesting boxes is that, if most of the hens lay their eggs in the nesting box, they become much easier to find, rather than having to search all the out pf the way corners shy hens might find to lay their eggs in instead. A good rule of thumb is to have one nesting box for every three hens. Perches serve the chickens’ evolutionary need to sleep and rest as far off the ground as possible; perches should be the highest available roosting space in the coop, otherwise the hens will find somewhere else to sleep – including nesting boxes, which can cause a whole host of problems with cleaning, health, and egg production.

Anyone launching into the unknown with a new animal to take care of will have some ups and down, make some mistakes and suffer some mishaps. Many of these, however, can be avoided with careful planning and research.

Perhaps the most common and most serious mistake is neglecting to check the bylaws of the town or county, which can often have specific rules and regulations controlling who can raise chickens, and where. These might be animal ordinances, similar to dog licenses, or building regulations that cover outbuilding like coops. Chickens and especially roosters also often fall under noise ordinances. Thorough research in this area before launching their chicken-raising venture can save owners major legal headaches in the future.

Another common mistake, especially for people used to raising indoor birds, is to forget to protect their flock from predators, like foxes and hawks. Luckily, this is relatively easy: Birds can be frightened off by anything shiny and fluttery hanging outside the coop, and burrowing predators can usually be foiled by sinking any fences or walls at least a foot into the ground.

Overall, raising chickens can be a difficult but rewarding experience – but it’s significantly less difficult and more rewarding for people who are thoroughly prepared for it…and of course, a little extra bird experience can only help with that. 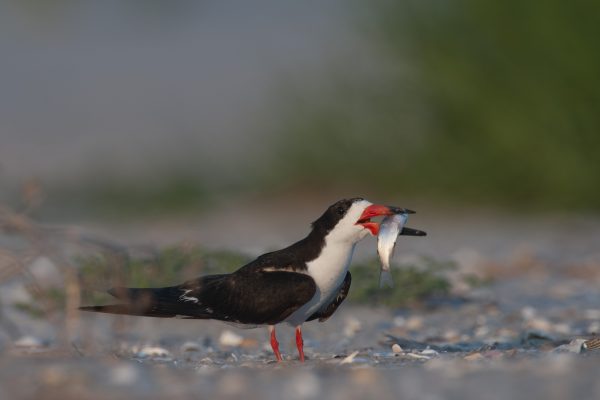 Stop Them from Dying